Known as one of the greatest athletes of all time, Deion Sanders is the only professional athlete in history to play in a Super Bowl and World Series. He’s also the only man to score an NFL touchdown and hit an MLB homerun in the same week.

It’s little wonder the man who came to be known as “PrimeTime” was inducted into the Pro Football Hall of Fame and earned has two Super Bowl rings, eight Pro Bowl appearances and countless other honors throughout his professional career. But even Deion wasn’t immune to hair loss.

“My hair started thinning when I was in my late 20s. Luckily I was also a hat guy before I started going bald, so it was easier to cover up,” he said. “Finally when I was 33 or 34 I just shaved my head bald.”

Deion tried different hair loss solutions throughout the years, but couldn’t find one that worked for him. He began to think that a solution simply didn’t exist for African American men. Then one day he saw his friend Brian Urlacher on TV showing off a new, full head of hair.

“I texted him ‘WE NEED TO TALK’ – and he told me I needed to talk to the team at RESTORE,” Deion said. “Brian’s a friend and I really trust him, so it was on.”

Deion and his son went through the RESTORE experience together.  "It was phenomenal. I was coached from the moment I walked in the door and received wonderful care from all of the employees,” he said. “It was great to be able to work with the doctors and say this is where I want my hairline.”

Since his FUE procedure, Deion hasn’t been shy about talking about his new hairline and encouraging other men who are balding to look at their options. “No one chooses to be bald,” Deion said. “Why wouldn’t a man want to present his best self? Why would you shy away from an opportunity just because it’s not ordinary?”

According to Deion, RESTORE has changed his life. “It’s brought my swagger back,” he said. “I look younger and I feel good.” 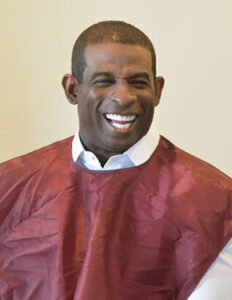 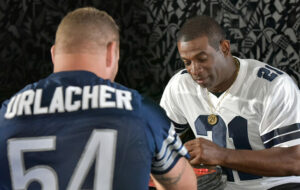 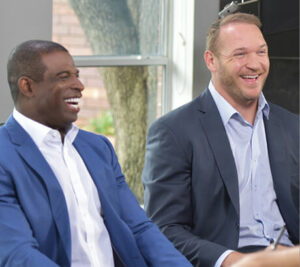 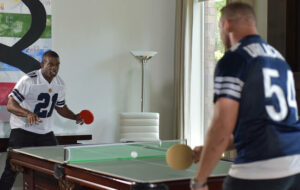